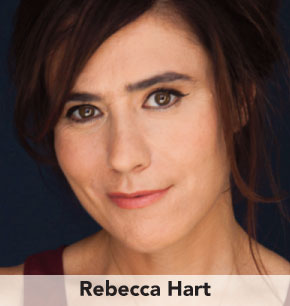 REBECCA HART (Book and Lyrics) once accidentally won a comedy competition in Dublin, Ireland, while appearing as the musical guest. True story. She is an actress, singer/songwriter, and ‘wordsperson’ for the theatre based in NYC. Recent credits include: “Jessie” in the Public Theatre National Mobile Unit tour of Sweat; a Helen Hayes Award nomination for a song in Gloria at Woolly Mammoth; gigs at the Rockwood Music Hall, the Irish Arts Center; and the SoFar Sounds series; her album “The Magician’s Daughter”; and the workshop of Iron John at NYU Tisch New Studio on Broadway (Kent Thompson, director; Byron Easley, choreographer). She is an alum of Brown University, a recent MFA from NYU’s Graduate Musical Theatre Writing Program, an Associate Artist with The Civilians, and has appeared in/made songs for productions at BAM, The Public, the Metropolitan Museum of Art, and City Center. She composed/appeared in Aaron Jafferis’ How to Break at the National Theatre of Oslo/NY Hip Hop Theatre Fest/2014 NAMT, and wrote the songs in Target Margin Theatre’s Uriel Acosta at the Chocolate Factory. Ms. Hart is a CT Critics Circle Best Actress Nominee and a co-recipient of the NYIT Award for Best Original Music. Iron John, with Jacinth Greywoode, was her graduate thesis and is her first full-length musical.  www.rebeccahart.net 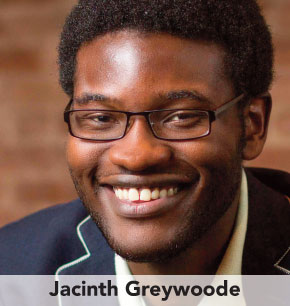 JACINTH GREYWOODE (Book and Music), praised by BroadwayWorld as a "dramatically sophisticated" writer, is a Florida native whose family hails from Sierra Leone. His work probes the various intertwinings of text and the voice. His compositions, which range from classical chamber pieces to Broadway-style theatre music, have been performed throughout the Americas and in Europe and Africa by such groups as The Civilians and the Calidore String Quartet. In 2015, he composed for the International Music Festival of the Adriatic in Trieste, Italy, from which he received the Duino Prize in composition. Recent credits include: Encores! Off-Center Lobby Project at New York City Center, Master, a short-form opera in collaboration with America Opera Projects, and a new opera commission from Cerise Jacobs/White Snake Projects premiering in Boston in November 2022. Iron John, his graduate thesis with collaborator Rebecca Hart, was recently named a semifinalist for the O’Neill National Music Theater Conference and received a staged workshop at NYU Tisch Department of Drama’s New Studio on Broadway (Kent Thompson, director; Byron Easley, choreographer). A graduate of Princeton University, Mr. Greywoode received his MFA from the Graduate Musical Theatre Writing Program at Tisch and is currently finishing his PhD in Composition at Stony Brook University.