A Kids Play About Racism

Adapted and Directed by Khalia Davis
Lyrics by Davied Morales
Music by Justin Ellington
Based on the book by Jelani Memory
www.akidsbookabout.com

Join us for a free online performance for students, accompanied by a talkback with Davied Morales, one of the show’s actors and creators! A Kids Play About Racism explains what racism is, how to know it when you see and experience it, and what you can do about it. Recommended for ages 5+, but all ages welcome!

A Kids Play About Racism is intended for teachers and students. Sign up your class today!

Talkbacks with Davied Morales will be live-streamed on Vimeo at the following dates and times: 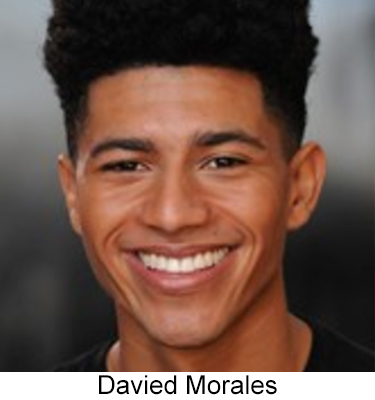 Davied (he/him) is an actor and rapper born and raised in the Bay Area. Last year he released an album called "Light Hearted" on all music platforms, starred in SF Playhouse's White Girl's Guide to International Terrorism as Gabe, and recently branched out into film where he was an Elf on Nickelodeon's show "Top Elf" as Zippy Twinkles. Mr. Morales received most of his training through Foothill College where he earned his AA in Theatre Arts and featured in many of their productions. Since then he has worked for companies such as City Lights Theatre Company where he played Nelson in The Siegel, and Anthony in I and You., Shotgun Players where he played Tray in Brownsville Song (B-side for Tray). Morales has also understudied at TheatreWorks in their production of Calligraphy and Proof, and at A.C.T. in their production of Gloria. Throughout the week Davied works at The Red Ladder Theatre Company, teaching improv workshops in prison.

I jumped at the opportunity to adapt Jelani Memory’s book A KIDS BOOK ABOUT RACISM into a theatrical piece for young audiences simply because it meant we were recognizing the importance of including children in these difficult conversations.

When I wrote A KIDS BOOK ABOUT RACISM, I wrote it for my own kids. I never could have imagined it would have spread so far and wide to thousands of kids all over the world, or turned into a nationwide theatrical event.